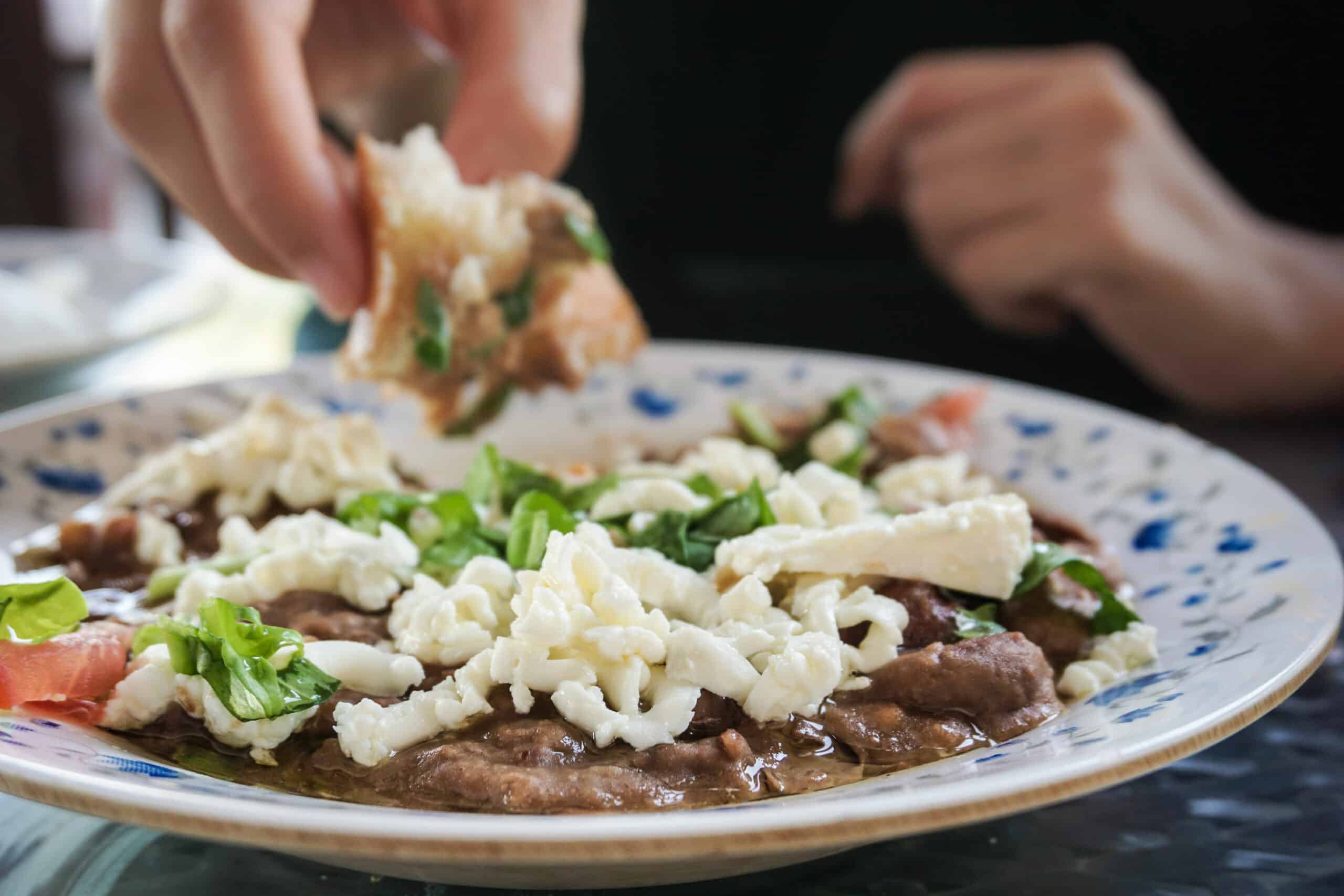 On this week’s edition of Cheap Eats on Dubai92, Arva spoke about her favourite breakfast spot for Sudanese style ful or fava beans. The name of the restaurant is Foul Abu Abbas and you can find it right here in Karama.

Tune in to the player below to hear the radio segment or read the transcript below!

It’s the big Breakfast. Jono here this morning without Nats, which is devastating because she loves this feature probably more than I do. We chat every single week to Arva from Frying Pan Adventures with the new place to go and check out in the UAE. Arva, good morning.

Now, I know you were traveling last week, so we got a WhatsApp voice note for you. I got to be honest, though, our taste buds were tantalized by the description of where you sent us to go and check out last week. So much so that Nats made me sit in Sharjah traffic to go off and pick up the kebabs. So thank you for that very much. First of all, for the trip to Sharjah, I’m just glad the petrol price has dropped down and so this week we can sit in traffic for a bit longer. Where are you sending us to this week and what are we going to check out?

All right, this week it’s going to be a little bit closer. It’s in Karama and we’re going to pull up to this little Sudanese spot that’s been around for over 20 years, and it’s called Ful Abu Abbas and it is one of my favorite breakfast spots with just, like five things on the menu. But they get it right and it is so cheap. The last time, when the guy returned my change, after I paid, I actually ran back to him from my car because I thought he had returned too much by mistake, but he hadn’t. That was actually how little the whole thing cost, because everything on that menu is between 7 and 10 dirhams.

Oh, wow. That’s going to cost you next to nothing on there. I like these places that only have three or four things on the menu, because, as you say, you know, that means they’re going to get it absolutely right. What have they got in the menu? What have you tried out for us?

All right, the star dish at Ful Abu Abbas is obviously the ful and it’s Sudanese style ful, which is essentially fava beans that have been stewed for hours. They mash them, they whip them up with cumin and salt. And then the thing is, the difference from a lot of other ful dishes across the city is they actually layer it up with tomato chunks, with jarjeer, which is the local rocket. They hit it up with sesame oil because that’s just actually how the Sudanese roll. And then this is the kicker. They shower it with this storm of shredded white cheese. So you have this layer, you have this layer of earthy mashed beans, then you have this vibrant veg on the top, and then the soft stringy cheese, and you just scoop it all up with the soft samoon, which are essentially like baby soft hot dog buns. And they’re so good.

I just looked up a picture of this, by the way, on Zomato. They’ve got a picture of, I think, exactly the dish that you’re describing, and it looks phenomenal. And that’s going to cost you. How much did you say?

Probably about 7, maybe 6.50 dirhams when I last checked. So inflation, maybe 7, but that’s about it. And I would say, obviously, people don’t just go there and get that. If you’re there and you have some more spare change, I would also get their sujuk sausages. They actually make the sausages in house and they serve it with this piercing, sharp, spicy peanut dakwa sauce. And also get their omelet, which, honestly, I thought, how extraordinary can an omelet be? But this is not an ordinary omelet to get the omelet. It is really good.

It looks amazing. Now we will have a video up on our instagram as well on Dubai92. Arva, Frying Pan Adventures, pleasure as always. Thank you for tantalizing our taste buds yet again this morning. I’m also salivating to the corner. Thanks so much, Arva. We’ll see you next week.

See you next week.